Streetschool facilitates journeys which brings attention to what is important to you. We help you discover more clarity, a more peaceful mind, and more happiness. Join us for a journey to the source of human inspiration in Indian Himalayas.

Streetschool’s approach to discovering more meaning in life is based on Logotherapy, the work of Dr Viktor Frankl, more famous for his book “Man’s search for meaning”. Life is often about our capacity to turn tragedy into triumph. To triumph, we have to use what Logotherapy calls “the defiant power of the human spirit.” We have this capacity within each of us, and sometimes, when there is no choice, no way to avoid the pain and suffering in a particular event or circumstance, it is all we have. Life never guarantees happiness, but it does offer each of us meaning. That is the context of the conversations contained in this book.

And as humans we are still foraging. But instead of turning over rocks in search of insects and nuts, we are searching to understand it all. Our deepest motivating force is to make a difference, to experience meaning and live with purpose. We want to be of service and add value to the people around us. To feel needed and appreciated makes us happy.

We live in a hyper-connected, time starved world with constant demands. And although we may have a lot to live by, we are not always aware of what we are living for. Our journeys are designed to connect you with a renewed sense of purpose and meaning in a very powerful way.

Logotherapy was developed in the 1930s by Viktor Frankl. Frankl considered the psychological approaches of both Freud (the founder of psychoanalytic therapy) and Adler (the founder of personal psychology which is the forerunner to many of today’s psychological approaches) as too restrictive.
Frankl’s insight was to understand that the study of real human capacity requires more than any one single psychological approach. While accepting the insights of each therapeutic approach, he insisted that each of us has uniquely human qualities which enable every person to go beyond the norm, to take an attitude to any situation, and to choose to respond rather than be driven to do so.

Frankl’s’ psychiatric credo held that, as outlined above, the human being is always capable of making a choice. However, Frankl also held that even behind the tragedy of severe brain damage or mental disability, the fundamental human being was still there.

Frankl’s work as a psychiatrist led him to believe that at least 20% of psychiatric illness presenting at his clinic was due to frustration with the human search for meaning in life. In fact, the root problem was neither physical nor psychological at all. It was simply a problem that presented with physical or psychological symptoms, brought on by a lack of meaning and direction in life.

Logotherapy holds that, when the search for meaning is frustrated or avoided over a long period, the person descends into what is termed an ‘existential vacuum’. This is characterised by boredom, addictions and a general malaise with life itself.

Frankl often wrote about what he termed the ‘collective neurosis. He saw this as evidenced by a number of symptoms, including fundamentalism in its many forms, but also by a lack of capacity to feel that one person has any influence on the world or by an attitude that lives only for the present day.

Logotherapy holds that every individual person is unique, that they have a unique capacity to respond to life and that their response to life is important.
One can never know when it is their hour. One life event can retrospectively fill a whole life with meaning. Frankl was fond of saying that the major question we should ask is not What do I want from life? but What does life ask of me now? He was adamant that this question was asked of each individual and that only that person can respond.

At this time in history with drug addiction, depression and violence rampant in some societies Logotherapy and what it teaches us about our attitude to life is more relevant than ever.

Journey to the source of human inspiration and explore the meaning of life.

The wisdom of ancient Eastern philosophy in order to lead with a greater awareness for improved business results.

Make your own movie.

Walk in the footsteps of the Himalayan greats. Feel the magic of the highest peaks in the world.

Open to school students to volunteer at the foothills of the Himalayas and teach English at Tibetan village schools.

“It was a truly life changing experience.”

“Wow, this experience taught me the most amazing philosophy and compassion I never believed was possible.”

“Stillness is critical for where I am at the moment. And after this trip I am further along my path than I realise.”

“My mind started to change in a positive way.”

Spiritual rejuvenation combined with a mindfulness audit. Learn how to meditate, understand Tibetan Yoga, and a introduction to Buddhist philosophy. More Details

An expedition to Everest is an amazing physical and emotional experience that will move you into a new personal dimension. More Details

Candle-lit dinners in the glow of the Himalayas, yoga sessions in the fresh mountain air and rejuvenating healing massages will get all your creative juices flowing again. More Details

Our trip takes you on classic Royal Enfield’s from Manali at the foothills of the Indian Himalayas, to Leh in Ladakh, one of the remotest places on earth. More Details

Open to school students between the ages of 15 and 19. Do volunteer work within the Tibetan exile community in Dharamsala, India. READ MORE

Students will work in small factories, do woodwork, learn about clay-pot making, work in a motor repair shop, and cook in a hotel kitchen. READ MORE

Learn about Indian filmmaking and make your own movie in Dharavi, home to Slumdog millionaire during the 2019 school holidays. READ MORE

Interesting reads from our blog 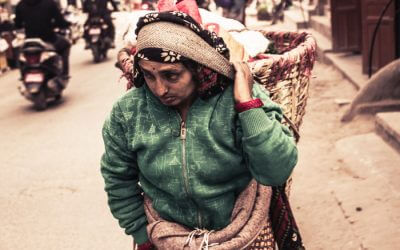 One of the root causes for chasing more is the concern that we will not have enough in the future. Our fear of scarcity and uncertainty about the future create anxiety which we try and control by accumulation (money, looks, power, relationships). 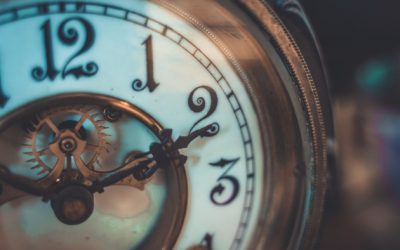 Live a life of purpose 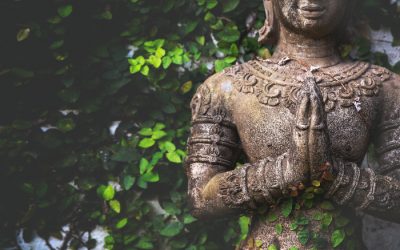 If Buddha was a Life Coach